2016 is over, and the Russell 2000 emerge as the winner in terms of performance: +19.48%.
SPX up +9.54 has nothing to complain either. But the year has been tough for trading, Brexit, Trump too much noise to make clean decisions.

2016 started badly, 22 days in the new year and the market was moving down shaprly -10%. The move made me defending my Put Spreads and acepting big losses for January and February. I did not play smartly enough  as I did  load myself with more Put Spreads further down but not enough  to minimise most of the losses.

And from the minimum 1800 we reached 2100 in less than 2 months, +16.5% . Then sideways movements ended in Brexit shock. The Shock was the post rally, that harmed all the Call Spreads positions. But the worst was about to come when post Trump elections rally +8 up in 4 weeks.

So most of the time we have been on overbought conditions making it hard for selling Put Spreads and temping for dangeroues Call Spreads. Bellini ends the year with a dissapointing +3.045% performance.

Looking at the charts I believe there is still room to keep moving up. SPX predict has a target of 2350. And Russell has a 1420 target for 2017. 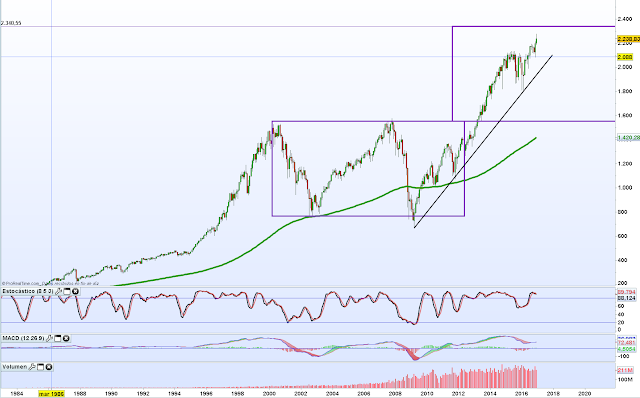 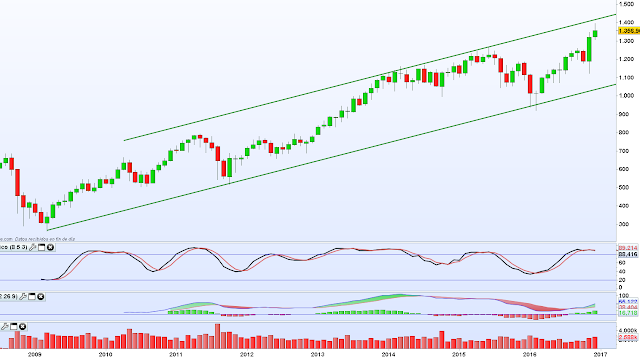 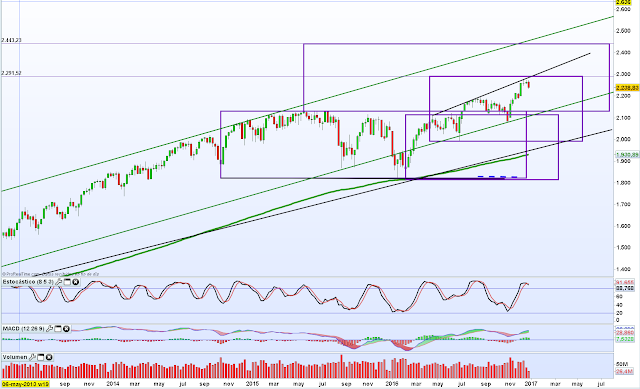 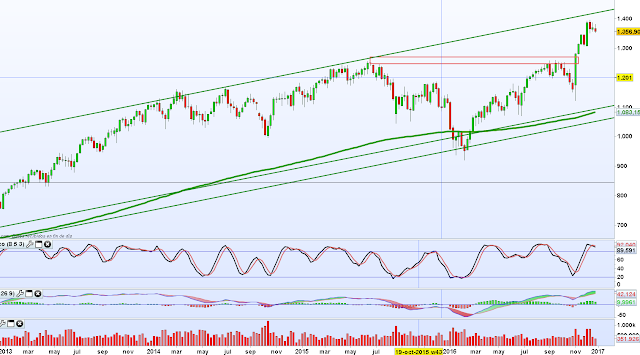 Wish you all the best for 2017!!!
Publicado por Bellini Markets en 9:16 No hay comentarios:

Not an easy Sunday, the SPX is in free upward movement, an my Call Spreads should have been defended 4 days ago. 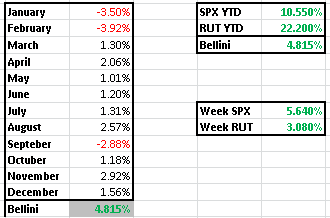 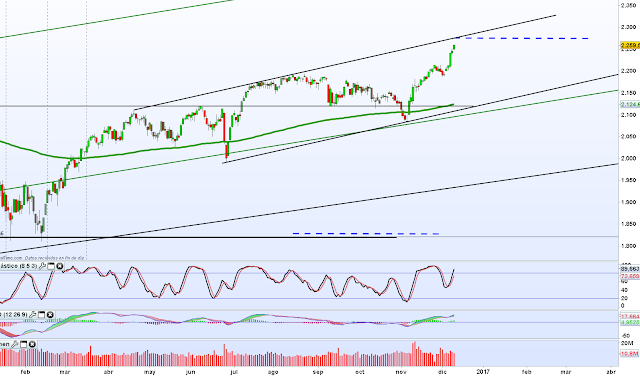 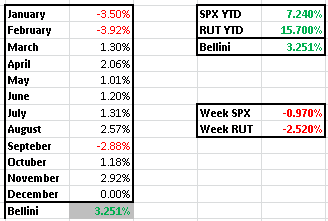 Our portfolio looks currently safe, thinking on closing the PS at minimum cost 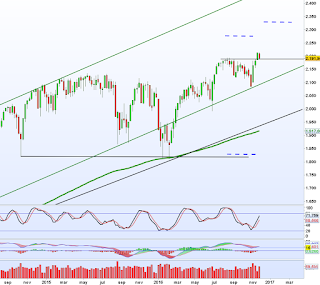