Markets ended the week giving us a bit of breath. The SPX and RUT fell sharply again and SPX finally rebound at 2014 Oct support  1800 ish.

I was praying (not good for trading) markets will bounce at 1812 where a 200 EMA on a weekly chart plus the 2014Oct lows could be a massive support. My March positions were showing 35 deltas and everthying was pointing to stop loss and add more grief to 2016.

I didnt fell adding more risk to the downsize after suffering so much, but wanting some exposure in case we head up a bir, the dead cat bounce, so I bought 2 SPY April 202 Calls for 1.43 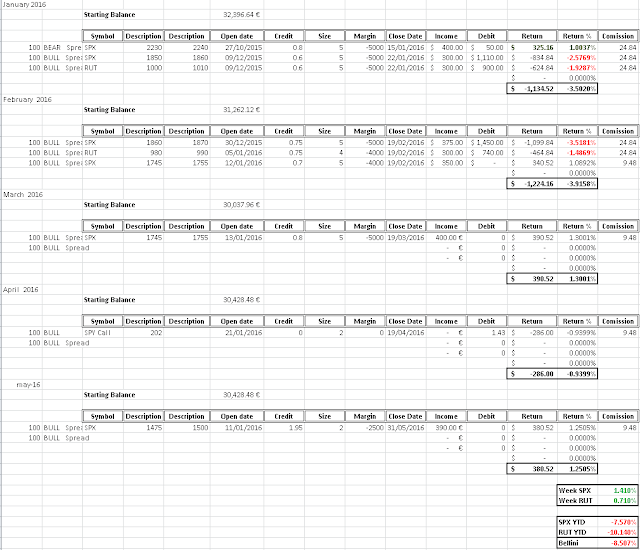 $VIX has stoped it up movement 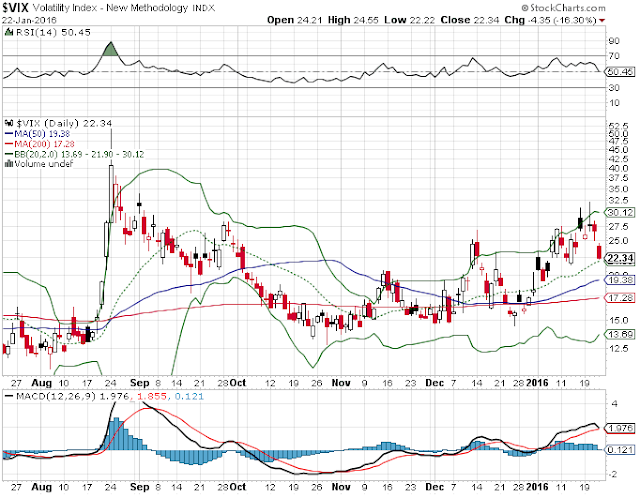 SPX has found support, and we expect a correction back up to fib levels from last swing. 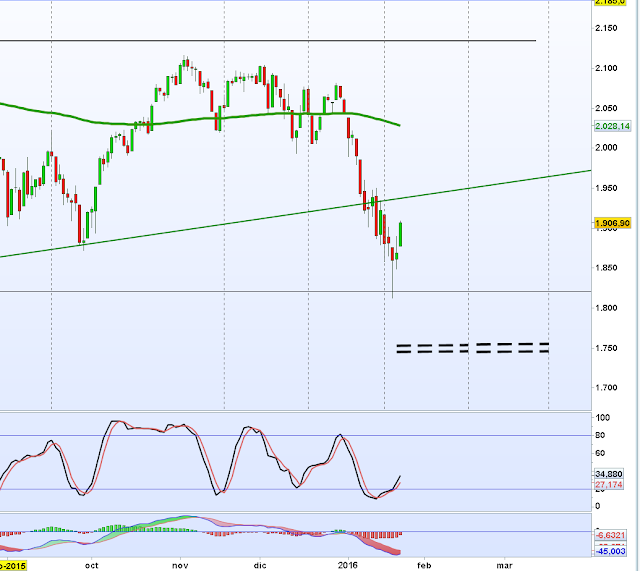 RUT also completed 3 down movements and we expect some bull movements in the following weeks. 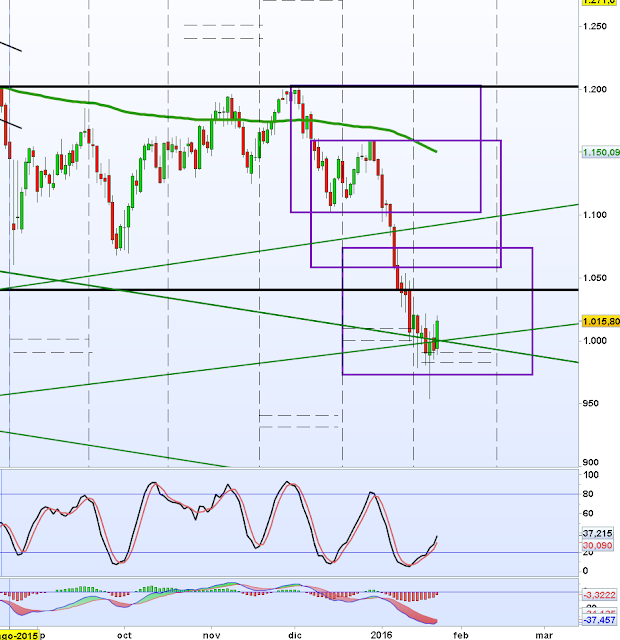 Another Risk Off week. On Monday I stoped loss all my dodgy positions suffering disastrous losses in the account. All 2015 gains are evaporated. 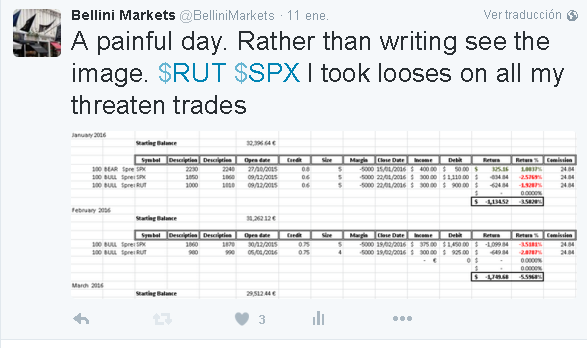 Not hedging trades when we where on over bought and low volatility conditions has been the first mistake. Opening trades when the markets where falling as a sharp knive is the second mistake. I have had to close positions after 3 days from entry.

I have to thank I close the trades as they would be now in the money and threatening to blow up the account. 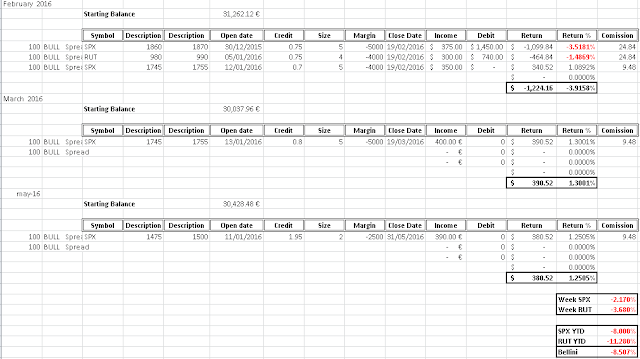 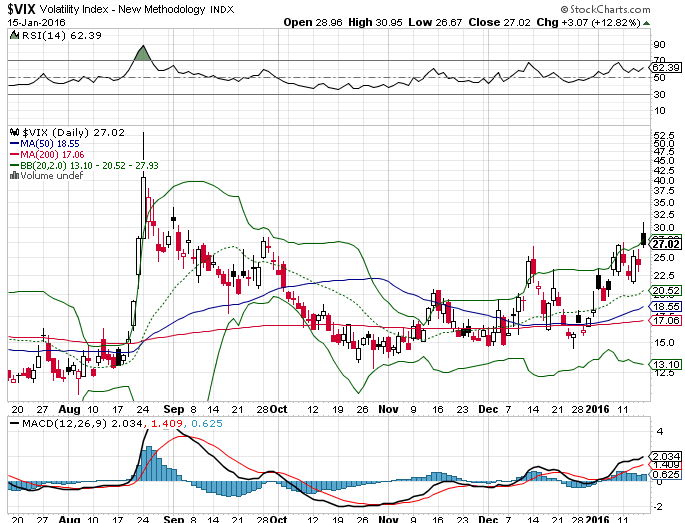 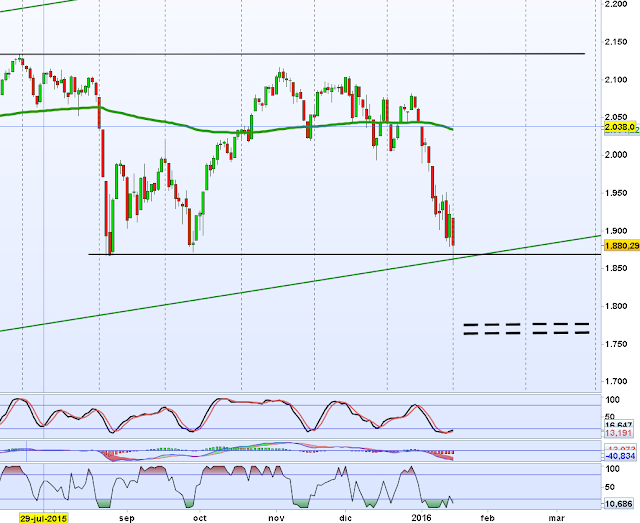 RUT has support in 980. Has declisne 20% from Dec highs. Has been bearish with 3 clear movements, so lets say the probability of a rebound is likely now 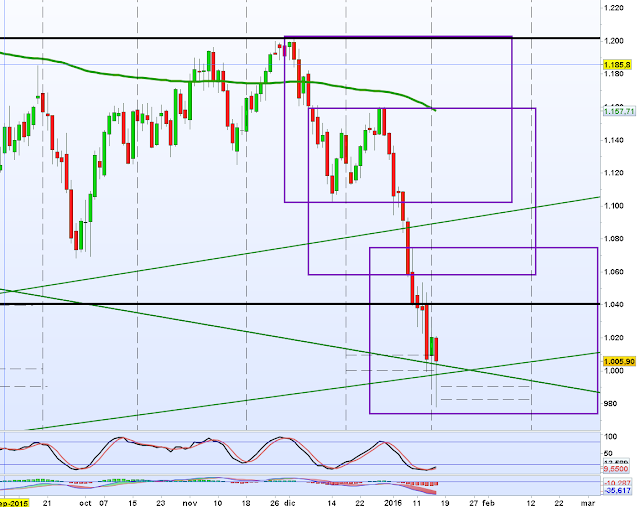 Risk off across the board. The fact there is no a real reason for this sell off really worries me. Worst stock market sart of a new year ever.

Last week I was a happy camper waiting to cash in my January expires. Now I might loose on all my trades.
I opened new positions at the begining of the week with are in red now and need adjustment.

Depending on how opens wall street on Monday we could suffer terrible looses.

January Expires in 5 days and we are with Delta 21 and just 3% of being in the money. Adjustment is needed, better to suffer a loss that to bigger regreats.

March position is not better with Delta 24 and 7.6% away of being in the money.

VIX is looking for higher levels that means further looses in the markets. 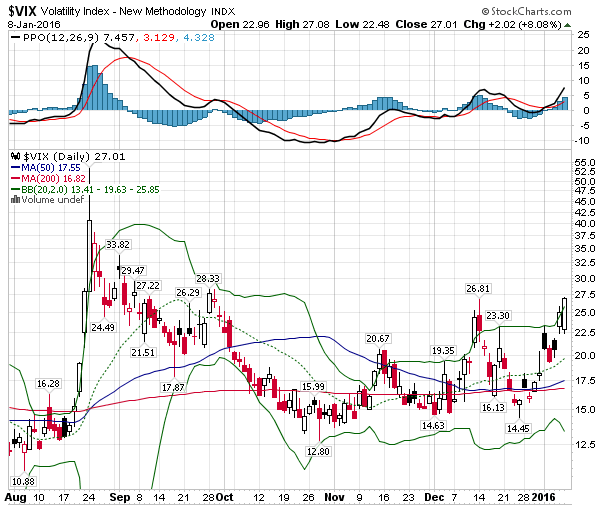 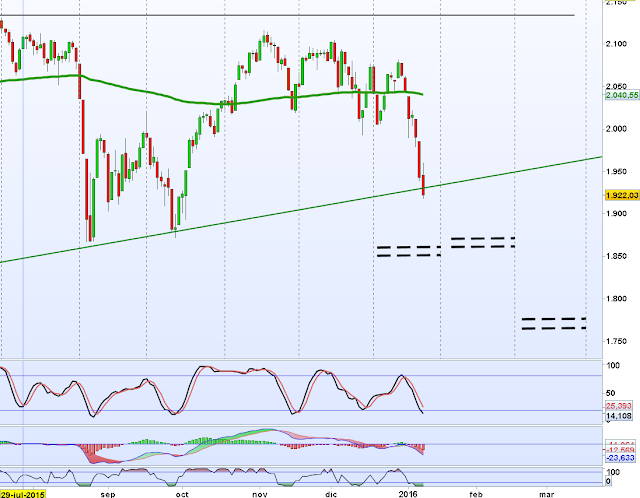 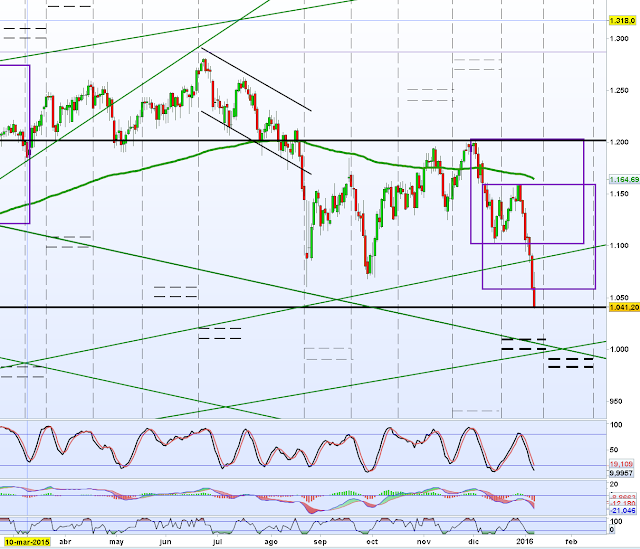 2015 is over, first year publicly sharing all my trades live in twitter @bellinimarkets and in this site weekly reporting the state of the account, at least I tried.

For 2016 got more ambitious returns and as well on reporting thanks to The Lazy Trading competition for fun.

Lets review the markets, these is the performance for the main ones:

Our Bellini portfolio ended after comissions up +7.87%. Decent result for our first reporting year. 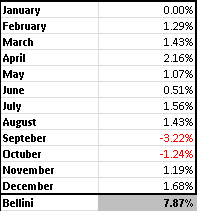 We only had two negatives months, thanks to the mini crash of August. We have been extremely conservatives and we will try to do the same in 2016 although with the aim to target an 1.5% average return monthly.

I've been thinking about my future lately, what will happen when my employer decide is time to let the way to the childrens of today. I think I read this numbers from The Lazy Trader few months ago, and I am going to work hard to get this achieved to retire well 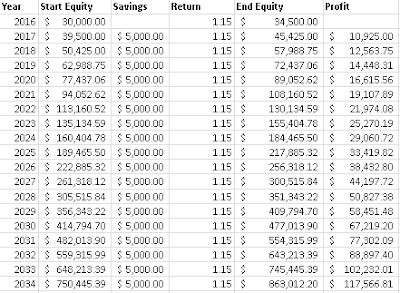