Boring market for Options Sellers. VIX is low, no oversolds conditions, nothing to do as yet.
Would it be interestid to Buy some options for once? It is something on my thoughts. 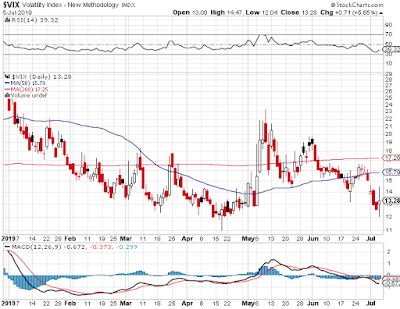 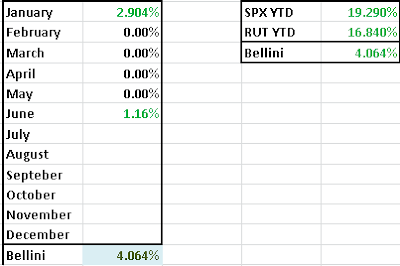 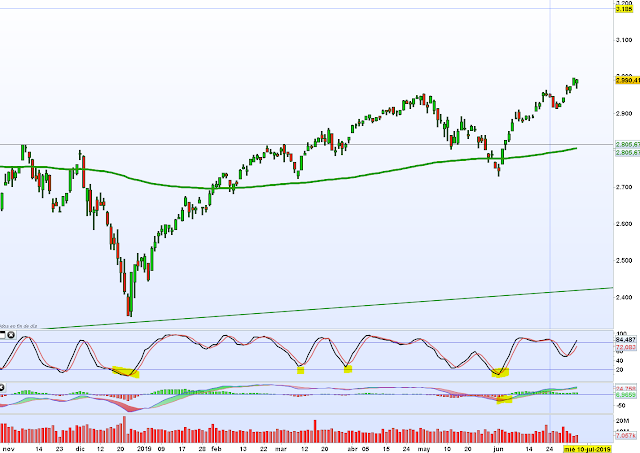 SPX has dropped 200 points since May post. Markets are no doubt oversold looking at the Estotastics. 200 EMA has been perfored and real support is as far as 2350 level,  Would expect the market to explore 260 and find some support there (50% Fib from the lows and zone where has been reactions on the past) 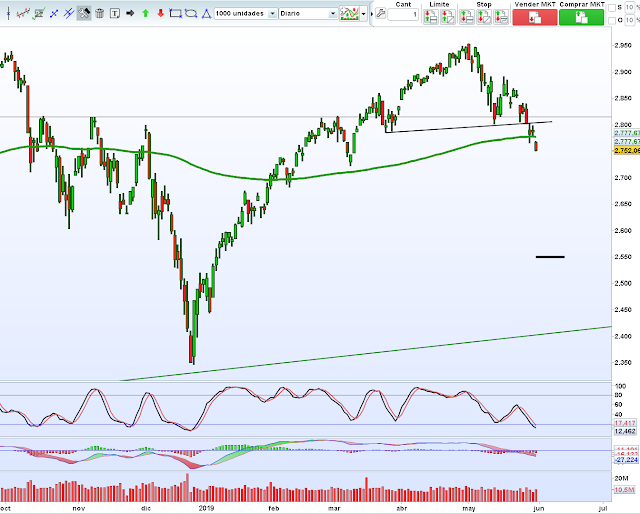 We opened a Put Spread SPX 28th June 2540/50 on 16th May as soon as SPX were in oversold position. 4 weeks til expiration now. We follow and baby sit accordingly.

Taking a look to the volatility index $VIX we see trand to higher levels, so will aim to see 2650 to enter new positions for August and September
Publicado por Bellini Markets en 20:40 No hay comentarios:

A year to forget so far. SPX and Russell have been non stop raising giving us no oversold condition to enter a Put Spread 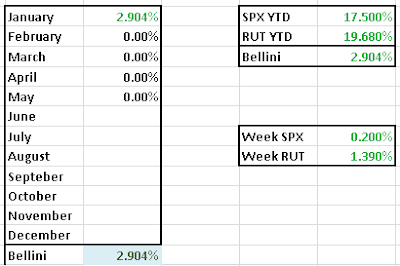 Russell 2000 did on March but we didnt take the wave. 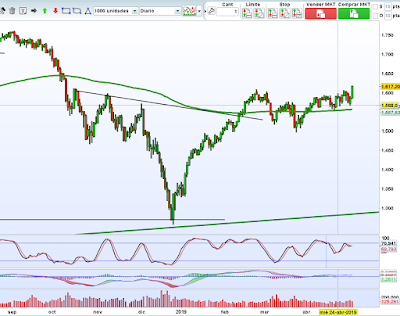 SPX didnt get to oversold condition over 2019 so far. we went close twice, but again we didnt take the opportunity 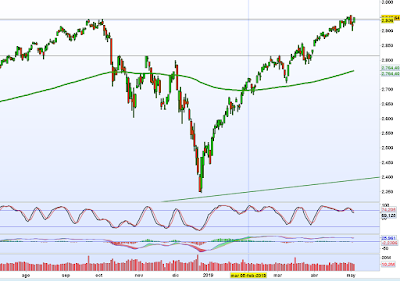 $VIX looks can even get more lower, so nothing to do in the markets, just wait and wait to the right moment. 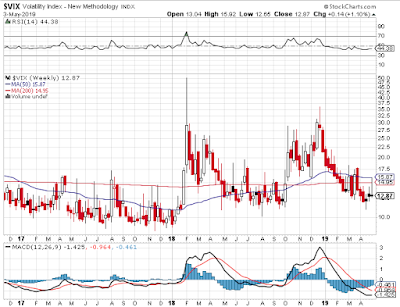 Just to months of 2019 and SPX up +11.84 YTD and RUT +17.88%. Markets have to given us any oversold condition to open new Put Spreads. Market can go up another 10% more, but we would not enter neew positions until we get an oversold on momentum indicators

So no activity over February 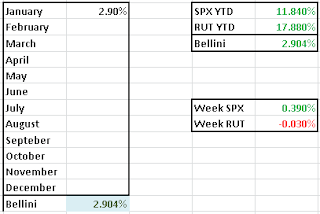 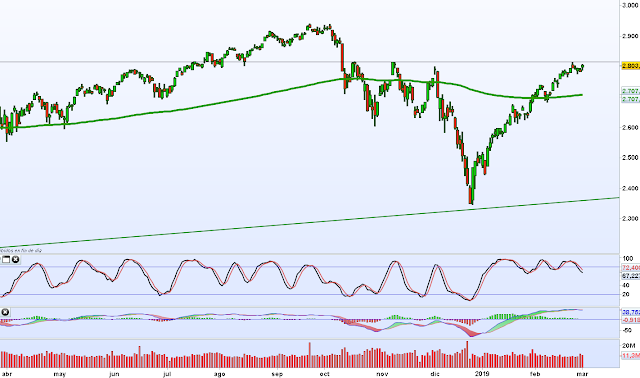 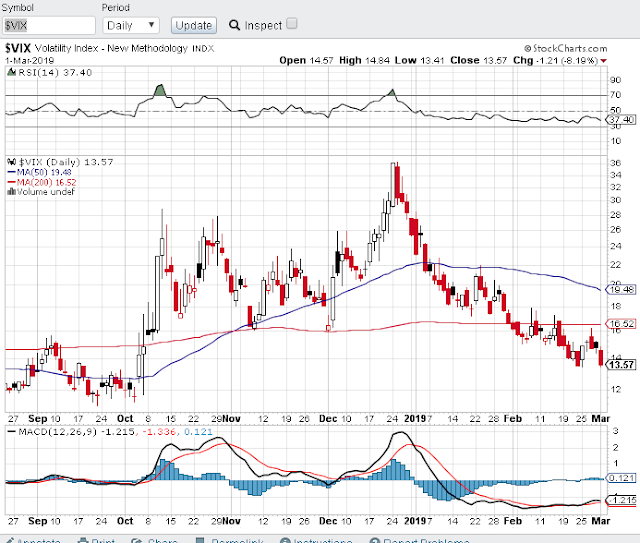 After the storm a relentless rise on the US Markets. SPX +7.97% and Russell +11.38% have signed one of the best start of the year ever. Can these last for ever? who knows but we should expect ups and downs over the year. For these reason we should enter new Put Spreads once the oversold indicators tell us so. We wont enter Call Spreads as the market can go up and up with no force to defend them.

January gave as full Premium on de Spreads opened in December while defending the postion then.

No open positions right now, and we will wait for a corretion to open new positions: 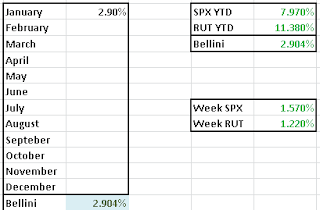 VIX is folling, marjets raising forming a V formation. We could agree we are in an overbought momentum, but will wait and wait and wait for an oversold situation to deploy new Put Spreads 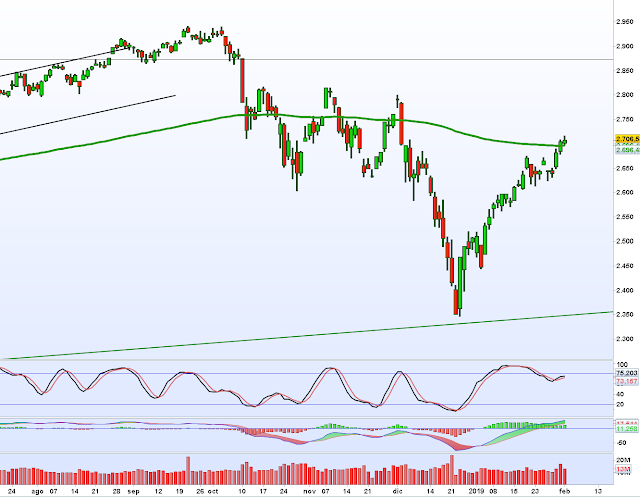 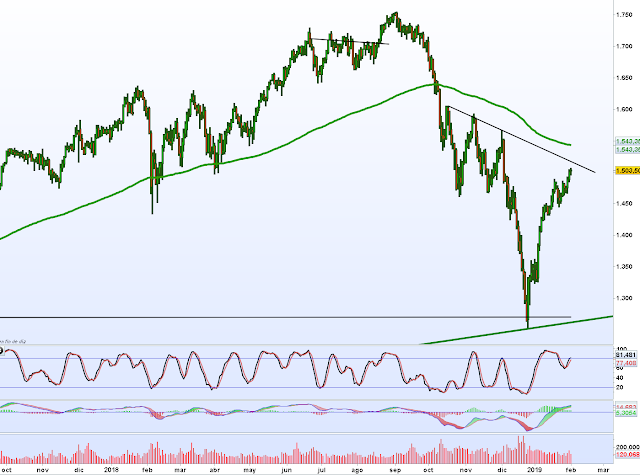 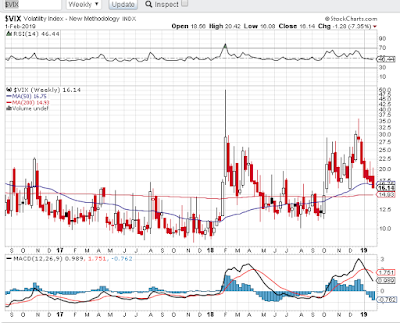 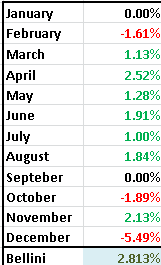 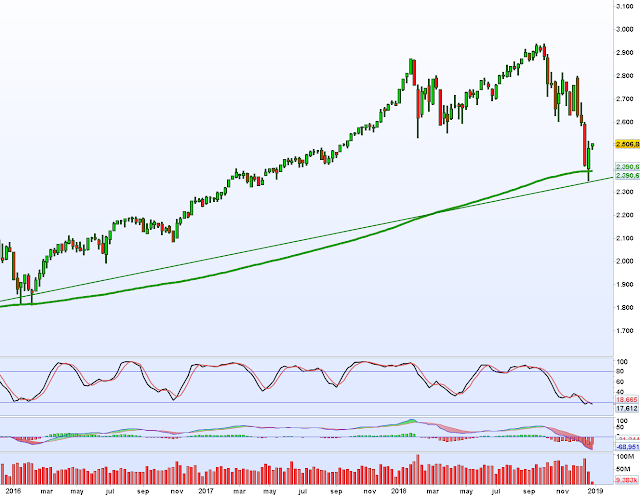 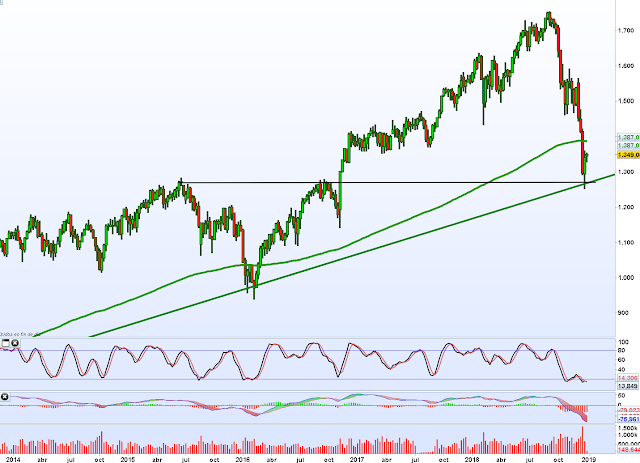